News about cosmetic and functional African American rhinoplasty and other nose procedures. The procedure was performed by Dr. John Joseph Rehm and Dr. Jason Hamilton with Thunder medical personnel present at the Osborne Head and Neck Institute in Los Angeles, Calif. Westbrook will miss tomorrow’s game against the Los Angeles Lakers and will be re-evaluated later this week. Atlanta Hawks guard Kyle Korver suffered a broken nose during a basketball game against the Los Angeles Lakers. He underwent a procedure to repair his nose at the Osborne Head and Neck Institute in Los Angeles, performed by Dr. Jason Hamilton, and was fitted for a custom protective mask.

Korver has returned to gameplay with a custom fit protective mask to protect his nose during healing. 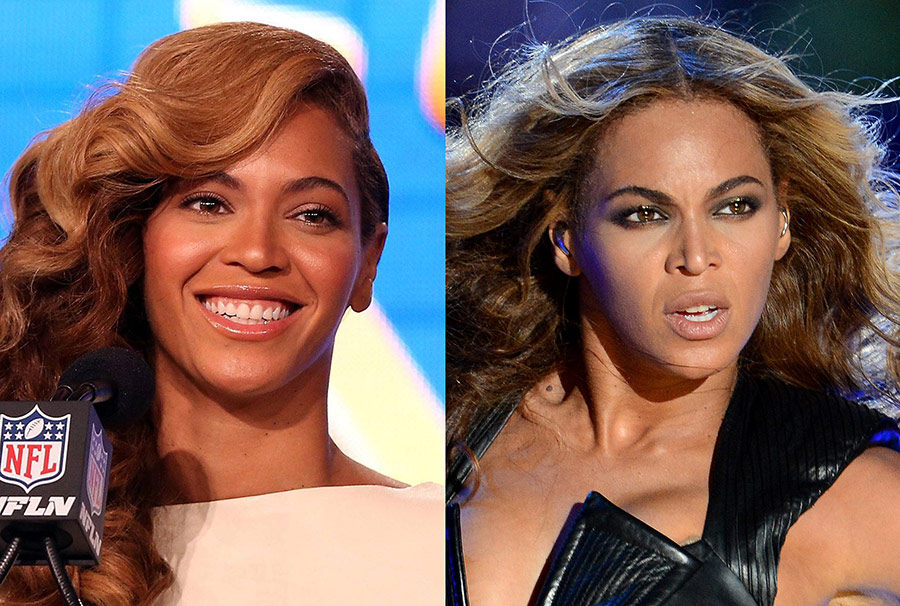 Rumors abound in the press daily about who’s had what.  Beyonce is the latest celeb to have the floodlights pointed her way.  Speculation is that Beyonce had a celebrity rhinoplasty sometime after welcoming Blue Ivy into the world debuting her new nose at her superbowl performance.  Dr. Jason Hamilton, Director of Facial Plastic and Reconstructive Surgery at the Osborne Head and Neck Institute, and a specialist in African American Rhinoplasty (black nose job) weighs in.

In your expert opinion as a rhinoplasty surgeon, has Beyonce recently had a nose procedure?
Let’s look at what we know versus what we think we know.  We can see from her pregame interview pictures that her nose appears significantly different from her nose in photographs taken during her halftime superbowl performance. The fact is that she did not have a rhinoplasty between the pregame show and her halftime performance.  Therefore common sense dictates then that the differences we see are simply a matter of differences in angles and lighting. Another contributing factor is a fierce look coupled with heavy breathing, which causes the nostrils to flare and collapse intermittently which changes the appearance of the nose in the photograph.

Final Verdict: NO, Beyonce has not recently had a celebrity rhinopasty.